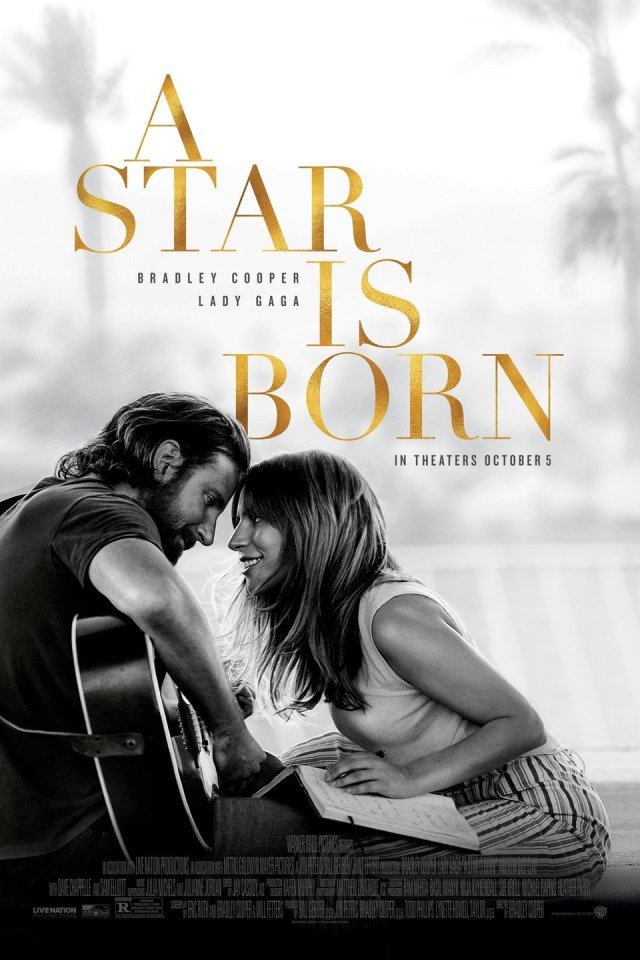 I remember seeing the second remake of A Star is born with Kristofferson and Streisand, but barely remember the story. Besides acting in, and directing this latest installment of the tragic love story, Bradley Cooper wrote the screenplay. Although he personalized the movie by changing things like the music, he paid homage to the earlier versions by re-using character traits and certain things in the plot.

I’m a fan of the Cooper movies I’ve see so far, but I can’t say I know too much about Lady Gaga. Not only can the woman sing different genres, as she easily does in this movie, she can act too. Her and Cooper made a great pair and I see this movie racking up musical and theatrical awards.

The movie theater was as quiet as a funeral home during the entire movie – the intimacy and music shared between the two stars was emotionally intense. In our later critique and discussion Cathryn and I both admitted to having goosebumps during more than one scene. We both rate the movie a 9 out of 10.

One thought on “A Star is Born”