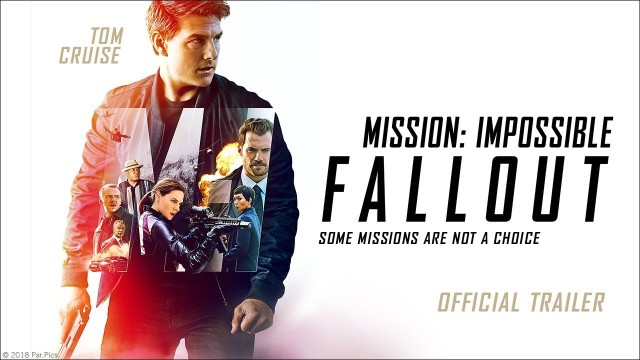 What can I say, I’ve been a fan of Mission Impossible since Tom Cruise was kindergarten. And as much as times and television and movies have changed over the years, I love how the producers have kept the same theme and music and gimmicks. Yes, one CIA character in the new movie even refers to the Halloween masks that the IMF uses to pull off their impossible missions.

I’m the first to admit that Tom Cruise has his character limitations. Take his Jack Reacher character for example, he’s not even in the same physical ballpark as Lee Child’s hero character. Having said that, Cruise pulls off action movies like Sir Elton John does music. In my opinion he plays the part of Ethan Hunt well, and after a slue of successful MI movies it’s hard to picture anyone else playing the part.

Fallout is a continuation of the last MI flick, Rogue Nation. We get another chance to see one of the same bad guys who’s trying to destroy humanity, as well as another look at Ethan Hunts softer side and the women in his life. Simon Pegg and Ving Rhames make a comeback as well as Alec Baldwin, Rebecca Ferguson, Michelle Monagan and Sean Harris. I was surprised to see Henry Cavill in a supporting roll with a lot of air time.

The continued action and tense music will give you little time to breathe in the two and one half hour length of the film. There are car and motorcycle and foot chases, and even one with helicopters that puts the stunt action over the top. Clever plot twists keep you guessing and entertained.

In my opinion, this is the best Mission Impossible movie yet. Cathryn and I both give it a 10 out of 10. It was great to see on the big screen with the big sound. I bet you can hear the music in your head.