This trip was chosen as a 60th birthday present to me. For the first leg of the trip, in Egypt, we chose a no-brainer packaged 10 day tour that included Cairo, Giza, and a Nile River cruise with stops at various historical sites. Our package included a guide, most meals, transportation by boat and taxi and van, and entry fees to all the sites. 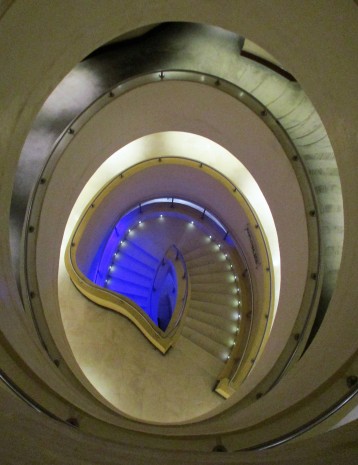 We were impressed by our tour operator, Rammaside, immediately upon our arrival at Cairo airport – a rep was waiting right outside our gate instead of with the mob at the exit. They got us an entry visa pronto and in no time we were in a comfortable unmarked taxi on the way to our hotel in Giza.

I’ve been to many countries in the world and so far Phnom Penh Cambodia was my top pick for archaic traffic. Within minutes of our arrival Cairo easily took the number one spot. In a city of 26 million people, it seemed half of them were driving vehicles. To make things really interesting there are no traffic signals or lane markings on most major roads. Cars and trucks and horses pulling carts acted like thousands of little spiders weaving their web in the same place.

Our hotel in Giza offered rooms with a view of the pyramids. It was five star, but only about $100 Canadian if we had to pay for a night. It was beautiful. We had time to kill before our check-in so we opted for a local food tour. The company rep who picked us up dropped us off at a restaurant near our hotel and we were introduced to Waleed, our Cairo tour guide.

Our man started us off with a local breakfast – falafel, a bean pita pocket, and pickled veggies – they don’t eat meat for breakfast. The food was similar to Lebanese cuisine back home. To walk off our meal we went to the Citadel Mosque next, it was built by Mohammed Ali and offers great panoramic views of Cairo.

Next stop was another restaurant in Old Cairo, where we had a sampling of just about everything on the menu. We were stuffed and pretty wiped out by the time we finished, having been up about 21 hours. We crashed a while at our hotel, then had dinner and crashed again.

Waleed met us first thing in the morning and took us to the Giza Plateau. We were surprised that we were the only two in the van – the tour continued that way for the remainder, we had the guide, driver and vehicle all to ourselves. It was great since we customized and tailored the itinerary to our own needs. Waleed was not only a knowledgeable guide, but also accommodating.

The Pyramids did not disappoint us, and the Sphinx was the same. The Solar Boat was a cool surprise, but the highlight of the day was Cathryn’s camel ride. She was able to stay mounted for a twenty minute ride through the dessert. Waleed was key to us not being hassled by hawkers and peddlers, who could be relentless at times. He also knew the best spot for photographs and turned out to have a good eye himself.

Having the private car and guide meant that we also had a choice of where we wanted to eat. Waleed caught on that we are foodies and made sure to let us sample an assortment of local food. My only complaint is the lack of alcohol in country. The mostly Muslim population means no pork, and alcohol only in touristy restaurants and hotels.

Another day in Cairo meant touring the new resting place of King Tut – the Egyptian Museum. There are several thousands of artifacts there, including many from Tut’s tomb and a copy of the Rosetta Stone (the British stole and have kept the original). A tour of old Cairo took us to the Hanging Church, where Jesus and Mary took refuge for a night. 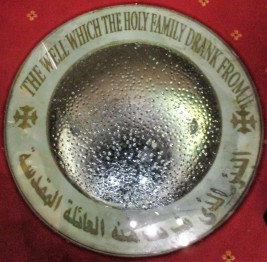 We hung out in the old Bazaar, at a coffee shop, where Cathryn got a henna tattoo and me a shoe shine all for about ten bucks. My Sketchers needed a good clean up after trudging through the sand. Walking the old streets and  alleys and gawking at the ancient buildings and strange-looking locals was a great way to wind down before our train to Aswan.