After over a year of pandemic-related delays, the latest installment in the James Bond 007series has finally hit the big screens. This movie is Daniel Craig’s last fling as the British Agent who’s licensed to kill. The movie starts with Bond living out his retirement in Jamaica, but he’s soon drawn back into service by his old friend Felix Leiter, of the CIA.

The explosive action starts within the first ten minutes, with Bond almost blown up, and then getting into the type of wild and crazy chase scene that 007 fans have come to love. And the action never really stops after that, with lots of fights, more chase scenes and explosions, and a new villain.

James has grown older and a bit tired of saving the world, but as usual he stops at nothing to complete his mission. He only beds one woman in this story, the same one he tried to settle down with, but left behind after he felt betrayed by her. She shows up later in the story with a little surprise.

Ernst Blofeld and Spectre are still a formidable force for evil, but Rami Malek’s Lyutsifer Safin has his own plans for taking over the world. The movie runs 2hours and 43 minutes and may have you fidgeting in your seat, but there’s no time to fall asleep.

The cinematography, film locations, and action scenes were second to none, as per usual in a 007 movie. Although I guessed what was coming at the end, the music and actors played heavy on my emotions. All I can say is that the conclusion was a surprise, and a shock to some viewers around us.

Cathryn hated the ending and refused to rate the movie, but I know she enjoyed the majority of it. I thought it was excellent, and a must-see to any James Bond fan. 10 out of 10 from me. Having said that, I can’t say I agree with those who want the next 007 to be a female.

I’ve been biting my tongue since watching the latest reboot of The Equalizer, starring Queen Latifah. I can’t say I remember much about the original 1980 television series, starring Edward Woodward as Robert McCall, a retired CIA agent who spends his time helping desperate people in desperate situations.

The series was rebooted with movies in 2014 and 2018, starring Denzel Washington as McCall. The storyline was the same, and I thought Denzel was perfect for the role, one similar to the character he played in Man on Fire. When I heard of the new TV series coming out I was kind of hoping he would be continuing his role.

To say I was shocked and skeptical when I saw that Queen Latifah was given the role of Robyn McCall is an understatement. Queen Latifah. Really? McCall is now retired, but billed as the best agent the CIA ever had. The woman has to be near 300 pounds, with a caboose that barely makes it though doors. Watching her waddle pains me, trying to believe the fight scenes where camera tricks and edits make her look faster than Bruce Lee.

McCall also has a teenage daughter in this latest version, something else that totally contradicts what the CIA would look for in it’s operatives. But as we’ve always been led to believe, you’re never really out of the company. Perhaps this is why our new Equalizer still has access to professional computer hackers and an assortment of fancy weapons.

I have to admit I’m still watching the show, mostly because I like the storylines, but I wince every time I see Latifah faking an action scene. They don’t even try to make her look thinner or more like an action hero – she has a wardrobe that is very unflattering for a large female spy. I’m sorry but watching her in this role is like seeing Mr. Rogers as the next James Bond.

This was my first novel by David Hagberg, and although I enjoyed the overall story, I feel it’s been done to death – secret agent saves the world from nuclear destruction.
I had some difficulty starting the book, probably because of way too many characters with military or political titles to remember, not to mention the many Arabic names.
Once the story unfolded I found it very predictable, even though it was apparent the author was shooting for mystery and suspense.
The plot evolved well but didn’t have to be so complicated.
The Fourth Horseman was an okay read but I’m not running right out to find another book by this author.

Edmond Gagnon‘s review
Jan 19, 2020
I’ve read much better by Baldacci and was disappointed that I had a hard time getting into this novel. Admittedly, some stories are difficult that way, trying to understand the plot and the introduction of new characters. In this case, I found way too much fluff and back story, to the point that I had to skim ahead through the first quarter of the book.
Granted, some history and back story go to character development, but I don’t believe we need to know how a certain character behaved in grade school if it has nothing to do with the overall plot. Having said that, I found the characters in Saving Faith likeable. And having said that, personally, I found some of their actions and dialogue a bit sappy and unlikely in the real world.
Maybe I’m being a bit critical but that is what reviews are all about. Baldacci acknowledges certain professionals who aided him in his research and the writing of this book. If that’s the case then I have to wonder if perhaps they were holding back or what world they are living in. I see the book was written in 1999 and I know for a fact the world was not such a gentile place back then.
The book does get better in the second half, but with the exception of one nice twist, it was very predictable. 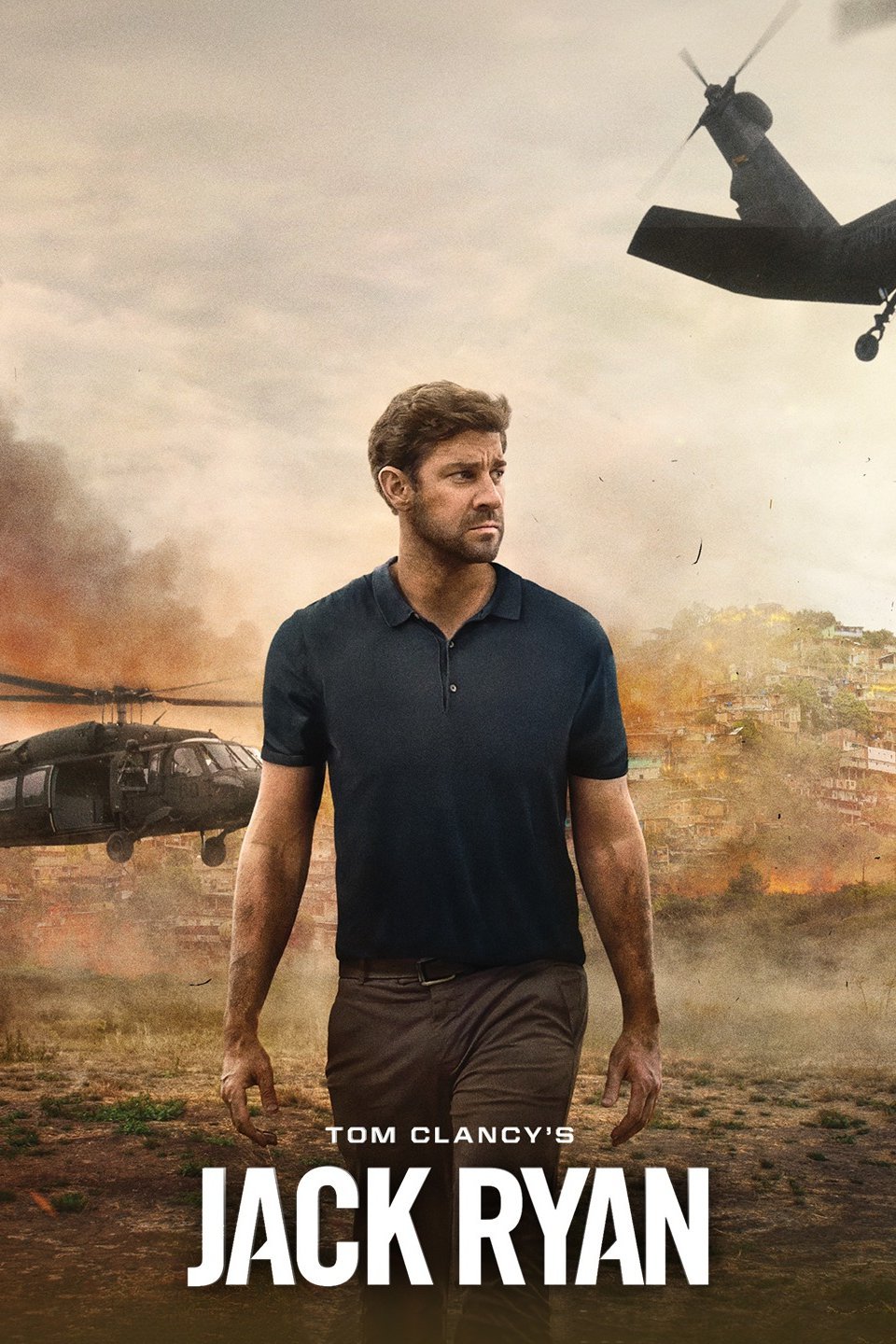 Who doesn’t like Jack Ryan, the loveable CIA Analyst played by Alec Baldwin, Harrison Ford, and now John Krasinski? Even though he routinely gets out from behind his desk to save the world, he seems more like the guy next door than that famous British spy.

Cathryn and I have taken the next step in home entertainment by streaming movies and shows through the internet and on our television. We thoroughly enjoyed the first season of Jack Ryan and I was excited to hear that Prime Video was releasing the second season a day early.

Guess how we spent Halloween night? Instead of coaxing costumed munchkins to our front door with the promise of candy, we hid in the dark and binged on season two of Jack Ryan. I felt like a junkie craving one more fix when the eighth and final episode concluded. What the hell, a season is only eight episodes now?

Anyway, the new series was a bit more explosive as the first, with scenes in places like Moscow and Caracas, Venezuela. So be sure to check out Amazon Prime if you have it, but I’m sure it will make its way to Crave or Netflix too. Be sure to listen for the reference to a Canadian institution – CIA boss Jim Greer poses as a Canadian coffee businessman by the name of Timothy Horton.

Feb 02, 2019
I’ve read four other Grisham novels, with mixed reviews. I’ve also seen many of the movies made from his books and perhaps The Broker needs a few Hollywood twists to liven it up.
The story is about a Washington lawyer/power broker who’s greed lands him in jail. A presidential pardon gives his a second chance at life, but the CIA must hide him so other governments don’t kill him.
Without giving away all the backstory I thought this would be an action-packed spy thriller full of drama or intrigue. I was wrong. The author wasted about one hundred pages describing the Italian lessons the main character had to take while in hiding. Grisham said in his author’s notes that he was enthralled with Italy. I wished he would have spent half those pages describing food instead of Italian verbs.
The story dragged on and became predictable in the end. In thinking about the book and this review I was generous in giving it three starts. I’ve read much better from Grisham.

Sep 14, 2018
I’ve read a few of Daniel Silva’s novels now, and I’ve become a fan of his spy thrillers and Israeli Intelligence character Gabriel Allon. The stories are action-packed, and take us to different countries around the world. Most plots revolve around terrorism.
The Secret Servant has the Mossad and the CIA working together to hunt down bad guys and kidnappers in Amsterdam and London, England. I like how Silva’s main character relies on his support team to get things done, unlike the superhero characters of some novels.
The stories in this series are fictitious, but right on the mark with it’s tales of terror before and after 911. Allon is infamous hunting down and executing the Islamic terrorists who were responsible for Black September, the massacre at the Munich Olympics.
The story’s pace is quick and it keeps the reader flipping to the next page.

Who doesn’t like Denzel Washington? I can think of one or two of his movies I didn’t like, but can’t think of one that I didn’t like him in. Many of us complain about sequels, like I just did with Jurassic World, but it’s hard not to cheer for vigilantes like Denzel’s Equalizer character.

As The Equalizer he has no problem taking on the roll of action hero. Cathryn doesn’t usually go for the shoot-em-up flicks, but she wanted to see this one and was glad she did. It was no surprise to me that they made a sequel to the first movie since they teased us with the option at the end.

END_OF_DOCUMENT_TOKEN_TO_BE_REPLACED 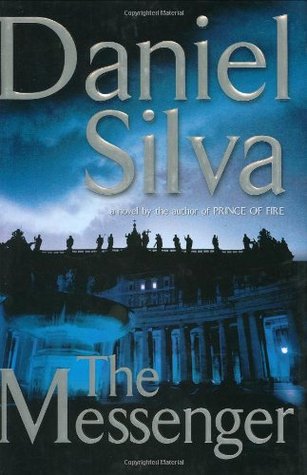 Feb 16, 2018
I’d read The Black Widow before this book, but it actually follows the Messenger. That wasn’t a problem because the story stands well on its own and some of the names are familiar adding more to the story.
Gabriel Allon is supposed to be the Israeli intelligence officer who assassinated the terrorists known as Black September for their killing of Jewish Olympians during the Munich Olympics. The character is also a world renown art restorer.
The story is a good old fashioned spy thriller where the good guys chase the bad guys through various exotic locations around the world.
I’m now a Daniel Silva convert.

With all the political crap that is going on in the United States I think the timing of this movie’s release is perfect. Reviews are all over the map on this one with Tom Cruise lovers and haters. I’m not sure why the latter would see the movie in the first place.

Cruise plays Barry Seal, a TWA pilot who is recruited by the CIA to help Americanize certain third-world countries in Central America. In the interest of democracy Seal plays errand boy between the U.S. government and Manuel Noriega, running money and guns into Nicaragua. To supplement his personal income he helps the Medellin Cartel export cocaine to the U.S.

While messing in political and government affairs in Nicaragua, the CIA turns a blind to Seal’s extra-curricular activities. Although the story material is dead serious, the movie is almost comical. The role is not typical for Cruise, but he personifies the true all-american.

If nothing else, the movie was highly entertaining. Anyone who follows politics will recognize the names of Escobar, Ollie North, Noriega, and certain  U.S. presidents.

Cathryn and I both enjoyed American Made. She gives it a 9 and I an 8 out of 10.