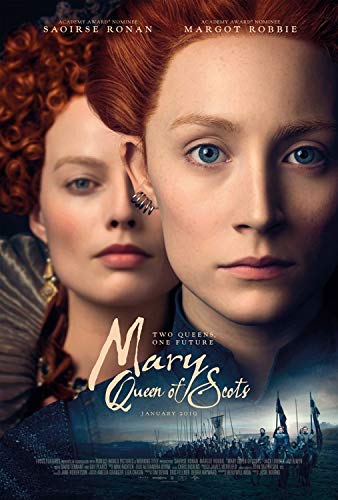 Here’s a movie for all you Outlander fans. It’s about two different Queens from two different countries trying to control their own kingdoms, while maneuvering to combine the two and decide who will rule the British Empire.

It’s a true story that takes you behind the scenes of Scottish and English royalty, revealing their personalities, quirks, ambitions and idiosyncrasies. There is plotting and deceit and treachery that offer twists and turns throughout the story.

There are only a few recognizable faces in the cast, but the acting was superb. Outlander fans might also recognize some of the scenery and at least one castle in particular. Although the flick wasn’t one we were dying to see, Cathryn and I enjoyed it, both giving it a 7 out of 10. 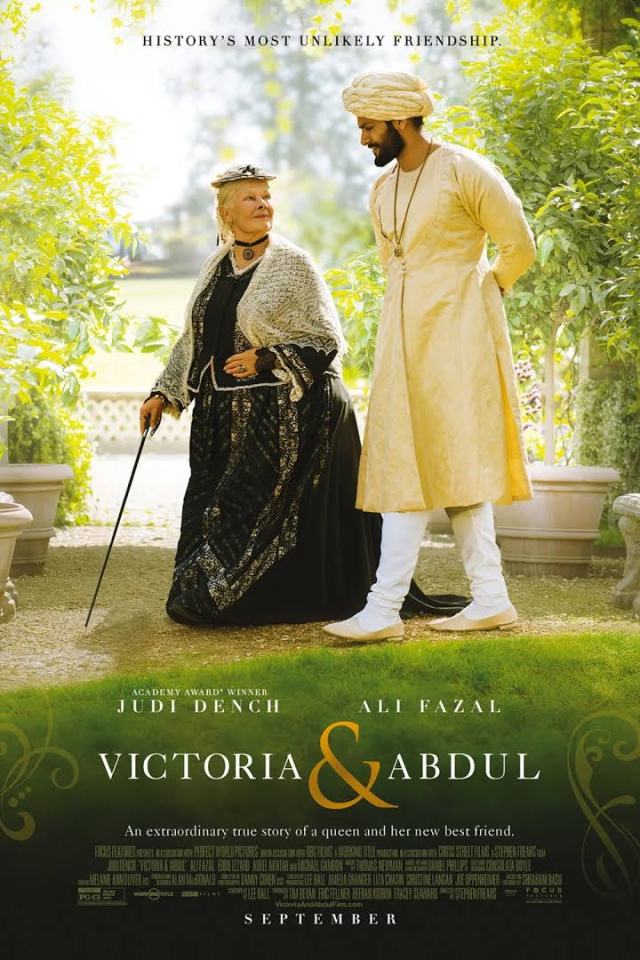 Victoria & Abdul is a (mostly) true story about the unusual friendship of Queen Victoria of England, and an Indian servant named Abdul, who becomes her teacher. It’s a good flick for the big screen, it captures the grandeur of places like Windsor Castle and the Taj Mahal.

The story is set at the turn of the century when India is part of the British Empire. The plot gives us a look at English pomp and pretentiousness first hand. Even the aging Queen admits that all the ridiculous celebrations are killing her. From bowel movements to boredom, Judy Dench gives us an inside look at what it’s like to be at the top of a monarchy.

Unlike other movies that focus on body counts or comic book superheros, Victoria & Abdul is mostly fun and good entertainment. Cathryn rates it an 8 and I a 7 out of 10.