We live in the center of the North American continent. It consists of two large countries, considered ‘westernized’ by the rest of the world. With the exception of some aboriginals in the far north, and perhaps a few other groups trying to cling to their heritage, I believe we share a similar culture. We are composed of different races, with different beliefs, but we share common goals like freedom and democracy.

In the last month and a half, Cathryn and I have experienced three distinctly different countries in the African continent. A drop in the bucket when you consider there are currently fifty-four countries. Planning this trip, I had three separate goals: to see something different for my sixtieth birthday and check off the pyramids of Giza on my bucket list. To break up the trip into three, using each location as a base for further exploration. And to work our way into a warmer climate to wile away the cold Canadian winter. 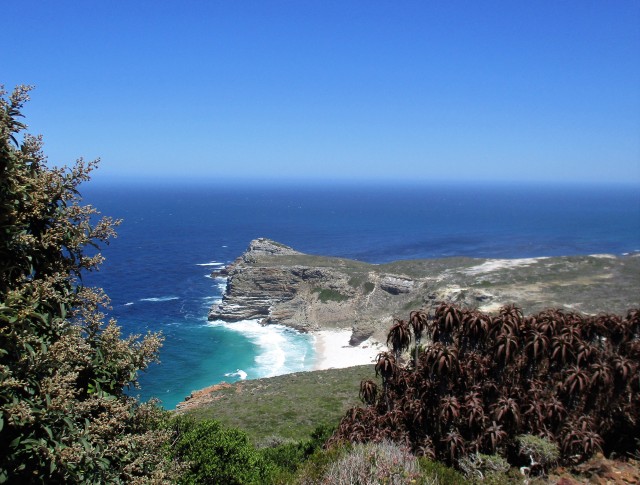 Africa offered a chance to reach all my goals – Egypt at the top, Capetown and South Africa at the bottom, and Zanzibar in Tanzania at about the midway point on the east coast. I’ve already blogged how different our first two countries were. If I compared them to night and day, then I’m at a loss to adequately describe Zanzibar. Keep in mind that it’s an island off the east coast of Tanzania, in the Indian Ocean, and that there is a huge part of the country that we haven’t seen.

Tanzania is home to some of the best nature reserves and safaris, but they didn’t fit into our agenda for various reasons, one being logistics. My plan for Zanzibar was to see the old city of Stonetown, and then to beach it for the last three weeks of our trip. Egypt had been very busy and we didn’t sit still much in South Africa, so I thought we deserved some time to do nothing.

Landing at the airport in Zanzibar was like one of those places you see in an Indiana Jones movie. Two jets on the tarmac, parked facing an old terminal that looked more like a mechanic’s garage in the middle of the desert. It cost fifty bucks U.S. each to enter the country, apparently none of the fee was spent on the facilities. There was air conditioning – it blew out the tiny hole in the window of the immigration officer’s booth.

Security was tight. After clearing customs and immigration and adjusting our bags and wardrobe we looked for bathrooms. They were on the other side of the government booths, where we entered the building from the plane. No problems, no questions asked when we casually strolled both ways through the secure area to use the only two bathrooms in the terminal. And there was a sign on the door that said it wasn’t for employees. Good to know cause there was no toilet paper for them, or us. 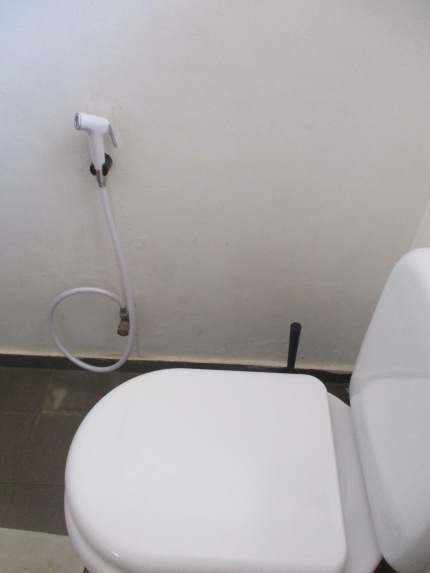 I will digress for a moment about bathrooms in third-world countries, I’ve seen similar facilities in Southeast Asia. They don’t pile shitty paper in a garbage can in the corner like some places in Europe or Mexico. Instead, they use a bum-blaster. Think of one of those dishwasher hoses you pull from the back of your sink, but this one’s attached to or beside the toilet – like a hand-held bidet for the poor. You just hose yourself clean, being careful of the high pressure so you don’t give yourself an enema. No big deal, until you wonder how to dry yourself. Water everywhere.

Anyway, let’s start with the people of Zanzibar. They are the kind of folk who say Jambo (hello) whenever they pass by you on the street or path or beach. Only some want you to looky looky for free in their shops or to book an excursion. Others simply adopt you, like whenever Cathryn goes for groceries and someone designates themselves as her personal chaperone to help her pick out the best produce.

Ninety percent of the population is Muslim so most women are colorfully covered from head to toe. Many of the women don’t verbally greet you, unless they are peddling something. B.O. seems to be a problem among the men. I think it’s in their clothes or they haven’t discovered pit juice since you now know how they clean up in the bathroom. We feel safer here than Egypt, the locals aren’t in your face and keep their distance when walking on a dark path or the beach.

Something that seems the same all over the world these days is the use of cell phones. Obviously they have cheaper data plans than us, many watch tv on their phones. There are zombie-walkers here too, those who have their eyes glued to their phones while walking down one of the prettiest beaches in the world.

As far as tourists go, Italians and Europeans rule here. The stores take Tanzanian Shillings, U.S. Dollars and Euros. We’ve been able to use our charge cards, but it’s quite a process in some places, if they take cards at all. For us it’s preferable, bank machines only spit out $400,000 Shillings at a time. That’s $240 Canadian. The bills dispensed are all $10,000 notes, worth about six bucks, so it’s easy to blow a wad of them on dinner.

Food and drink are a challenge for us in Zanzibar. Pork is unheard of. That means no bacon and eggs for me. Beef is scarce, although many restaurants offer burgers. There’s lots of fish and chicken, and pizza and pasta, thanks to the Italians. For a place called ‘the spice island’ the food doesn’t live up to our expectations. Restaurants all offer the same fare, just shuffled around on their menus. Ice and/or refrigeration is a problem here and that means warm beer unless we ask pretty-please for ice.

There are no real grocery stores as we know them. It’s mostly local markets, once again offering the same selection of produce, and in limited quantities. Keep in mind that most things, with the exception of tropical fruit and a few veggies, have to be imported. Prices are higher here than we experienced in Egypt and S.A and almost comparable to home. Cathryn has been returning our egg cartons to her favorite produce salesman and he gives her special deals. Nothing has a price marked on it.

Whether you’re entering the airport or arriving at Stonetown, you feel as though you’ve entered the fifteenth or sixteenth century. The stone buildings left behind by the Portuguese have taken on a rustic patina that gives the city it’s own character. Villages scattered throughout the countryside look the same as in any other third-world country. The main roads are in better shape than many in Mexico and Costa Rica that we’ve traveled. I can’t say the same for the road leading to our guesthouse, there’s no gravel, it’s simply chiseled from the rock and littered with sand, free-range chickens, the odd cow, and trash.

Saving the best for last, the beaches of Zanzibar are some of the prettiest I’ve seen anywhere, including Thailand. Powdery white sand, and shades of blue water that you can’t find in the dictionary. The sand isn’t too hot on the feet, even I can walk on it. Throw in the usual beach shacks selling all the usual stuff, a few well-spaced resorts and the odd restaurant, with handmade wooden boats floating by, and you have a scene painted only in your dreams.

No busloads of Chinese tourists to dodge. No throngs of tourists anywhere on this island. Tourism is growing here, but it’s light years away from a place like Cancun. The beaches haven’t been spoiled or shut down like the one in Thailand that was featured in Leonardo Dicaprio’s film, The Beach. We’ve been to the north shores and even here in Kiwengwa, you can walk the beach in either direction for miles.

Yesterday was a supermoon and the tide was the lowest we’ve seen yet. We could have walked all the way to the reef which is about a mile from shore. With the tide out you can search for shells and critters or lay about in warm swimming holes. The water is as warm as your bathtub at home. Even our pool water is hot. It might have something to do with the daily temperature of 93 degrees Fahrenheit.  Yup, it’s hot here.