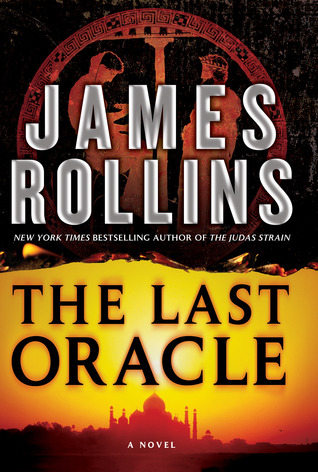 Edmond Gagnon‘s review
Feb 21, 2020
Hmm…I really have to think about this review and why I wasn’t crazy about this book. Maybe it’s because I read it in spurts, trying to get into and comprehend and many characters and organizations they were from like the FBI, CIA, KGB, ABC, etc.
The story itself was good, with past-paced action, but even that got tiring after awhile-the protagonists saving the world just in the nick of time at the turn of every corner. I can’t recall if I’ve read James Rollins before; his voice and style was easy to read.
Don’t let me discourage you from reading this novel, others have rated it higher. To sum it up, I guess it just didn’t float my boat.

Who doesn’t like Jack Ryan, the loveable CIA Analyst played by Alec Baldwin, Harrison Ford, and now John Krasinski? Even though he routinely gets out from behind his desk to save the world, he seems more like the guy next door than that famous British spy.

Cathryn and I have taken the next step in home entertainment by streaming movies and shows through the internet and on our television. We thoroughly enjoyed the first season of Jack Ryan and I was excited to hear that Prime Video was releasing the second season a day early.

Guess how we spent Halloween night? Instead of coaxing costumed munchkins to our front door with the promise of candy, we hid in the dark and binged on season two of Jack Ryan. I felt like a junkie craving one more fix when the eighth and final episode concluded. What the hell, a season is only eight episodes now?

Anyway, the new series was a bit more explosive as the first, with scenes in places like Moscow and Caracas, Venezuela. So be sure to check out Amazon Prime if you have it, but I’m sure it will make its way to Crave or Netflix too. Be sure to listen for the reference to a Canadian institution – CIA boss Jim Greer poses as a Canadian coffee businessman by the name of Timothy Horton.