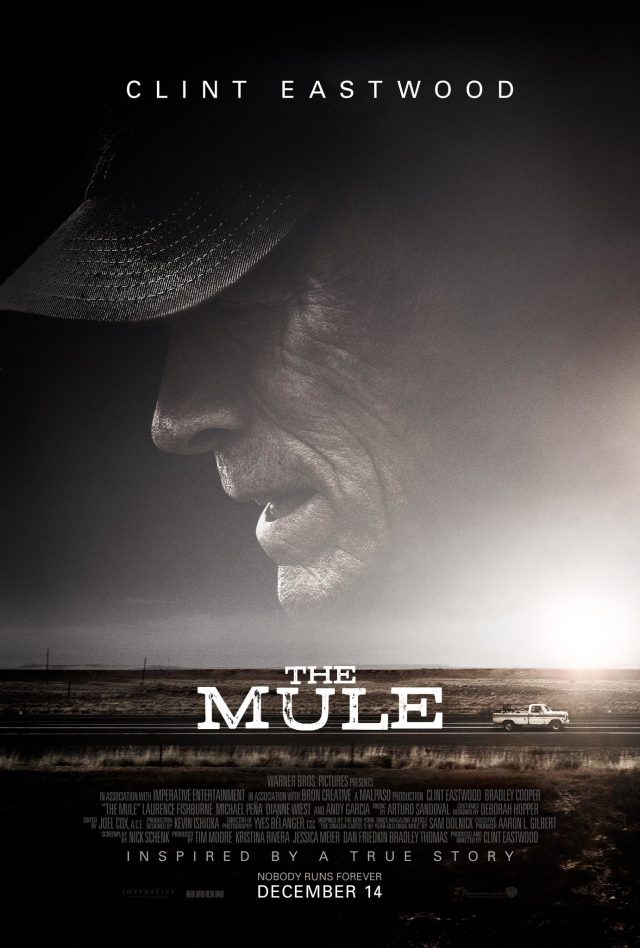 Clint Eastwood says The Mule is the last movie he’ll act in, but oddly enough, he fit the main character’s roll perfectly. The story is about 90 year old horticulturist Earl Stone who takes on a job transporting dope for a Mexican cartel after his plant business goes belly up.

Earl was only going to make one trip, but upon seeing how easy he could make a pile of cash, he takes on bigger and bigger shipments. He uses the money to try and buy his way back into his family’s good graces.

Eastwood brings back Bradley Cooper for the role of a DEA Agent who is trying to make a name for himself, and to make his boss look good, by making a large cartel bust.

The movie is descent, perhaps a bit less intense than most of Clint’s work, but with a few life lessons about family and money. Cathryn and I both give it a 7 out of 10.