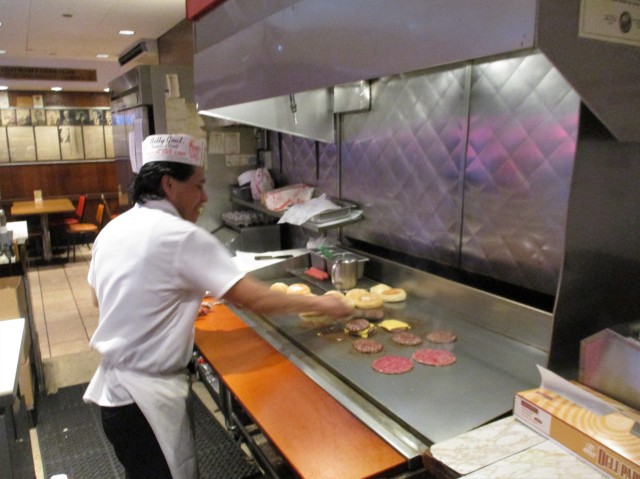 I’ve never used this forum to preach anyone’s political agenda, and I usually try to remain impartial to any policies that may affect me when travelling abroad, but in this case I’d like to offer my two cents on the illegal immigrant status in the United States.

Being Canadian and living in such close proximity to the U.S. we are bombarded with American news hourly, especially the everyday antics of their politicians and president. It was on our recent trip along Route 66, from Chicago to Santa Monica that I made certain observations and came up with one big question for any American who believe’s there’s no room in their country for illegal immigrants.

Who’s going to cook your meals, clean up after you, and pick your produce?

During our trek across eight completely different States I noticed something missing from common laborers ‘everywhere.’ There were no fat white people making my breakfast, cleaning our motel rooms, or picking vegetables in the fields. The only ones I saw were being waited on in places like Denny’s, where they were shoving massive amounts of biscuits and gravy or waffles and pancakes into their pie holes.

Whether they believed in deporting illegals or not, none of the white folk I saw seemed to have any problem whatsoever with who was putting their food in front of them or cleaning up after them. It was obvious that the younger generation only cared about the mobile devices they were fixated on and probably couldn’t have told you if it was a human or machine that served them.

So back to my question. If America is successful in kicking all the illegals out of their country who the hell is going to run the place? I wonder how many politicians have immigrants working for them at home? I’d bet there are more than a few. I’m just a bashful and passive Canadian. What do I know?